Ever since I saw this How-To: Shrinkify Your Arduino Projects I wanted to do a project using Arduino Attiny85s. And because I want to bring my son into the world of Arduino and he was eager to learn how to solder I was thinking of an easy project. With Christmas being around the corner I wanted to do some kind of a blinking Christmas tree.

The idea was to control 8 LEDs with the shift register. That would use up 3 pins on the Attiny85… so this left me with 2 more pins. I decided to use them kind of doing multiplexing LEDs. So I could hook up 2 LEDs per shift register output but they would not share the same connection to ground. This was controlled by two transistors that are connected to the two remaining pins on the arduino.

So here’s the schema: 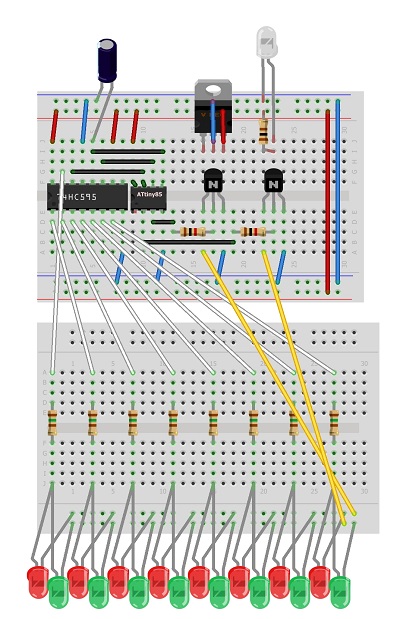 I read the Arduino Shift Register Tutorial on how to hook up the arduino.

Then I did the programming:

So what this does is just getting a random number between 100 and 255 every 300ms and writes it out to the shift register. Depending if the random number is even or odd one or the other row of LEDs gets connected to ground through the transistor.

To upload the code to the Attiny I used my Arduino Uno as an ISP as described here. 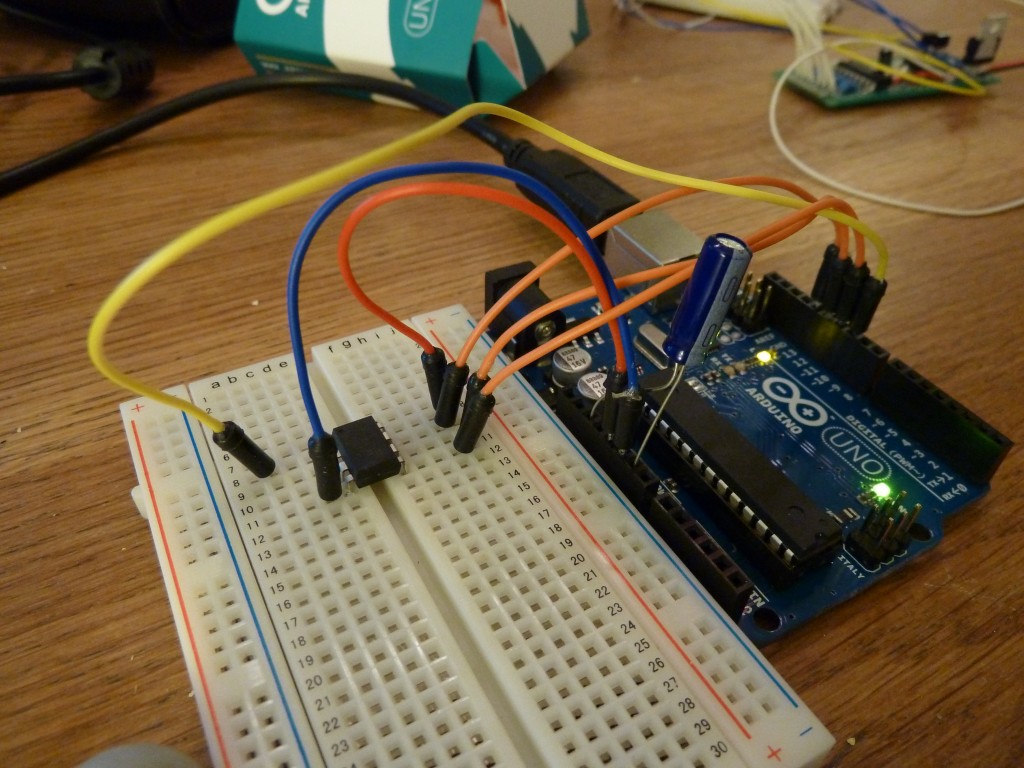 Arduino Uno as a programmer for Attiny85 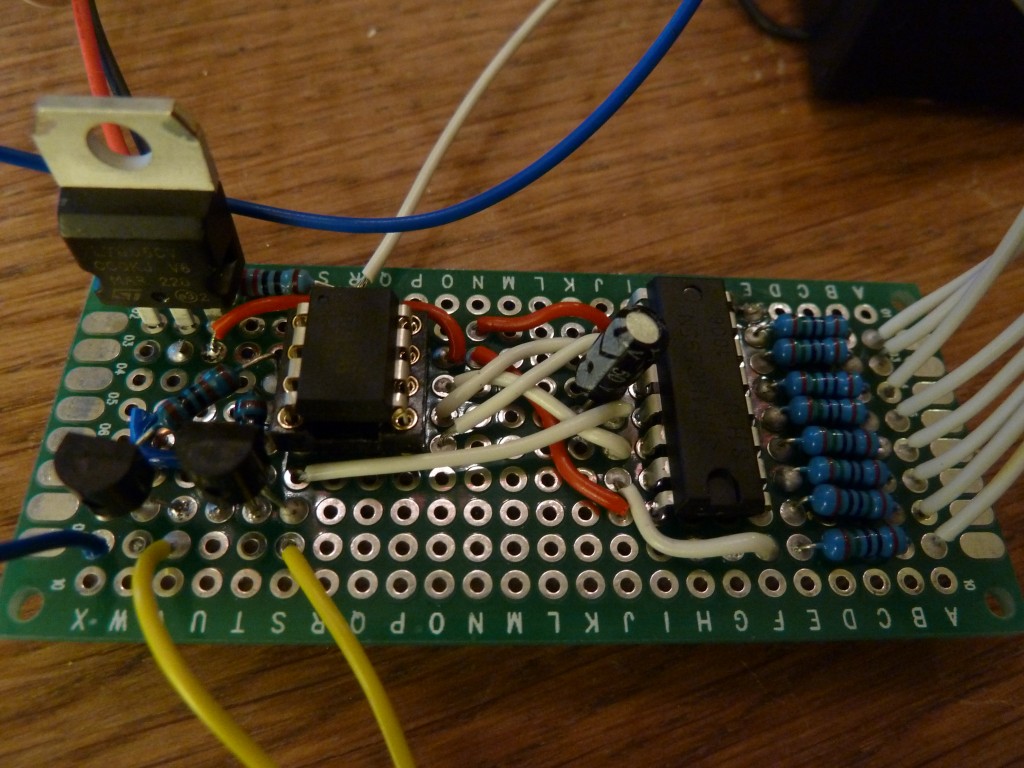 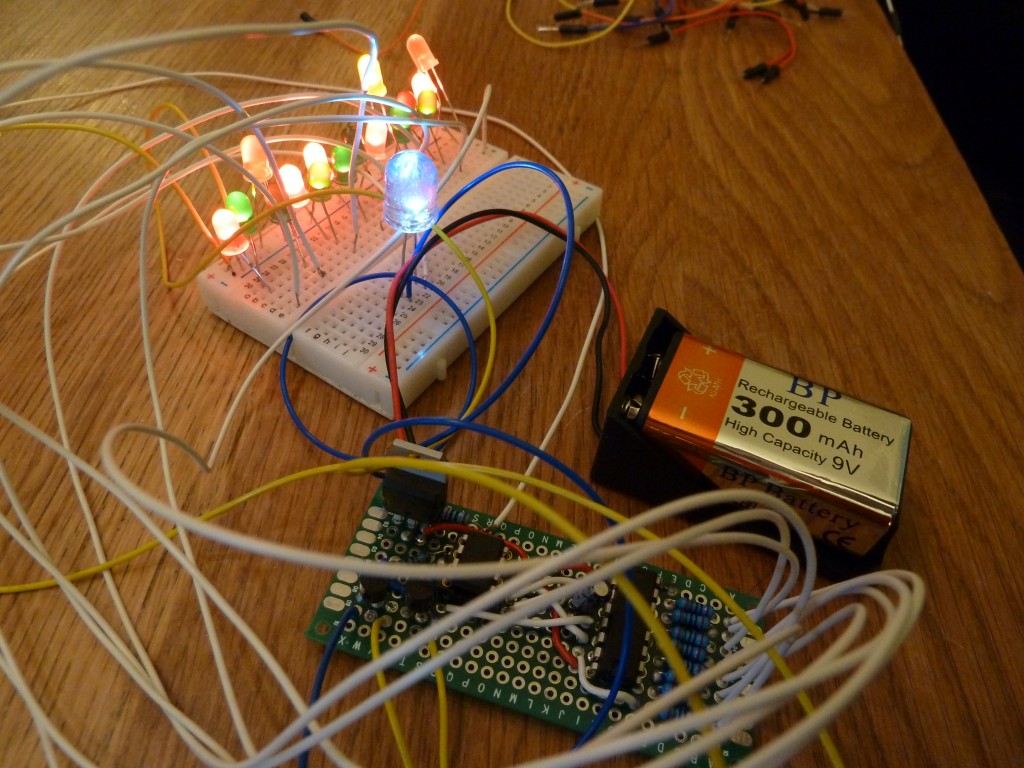 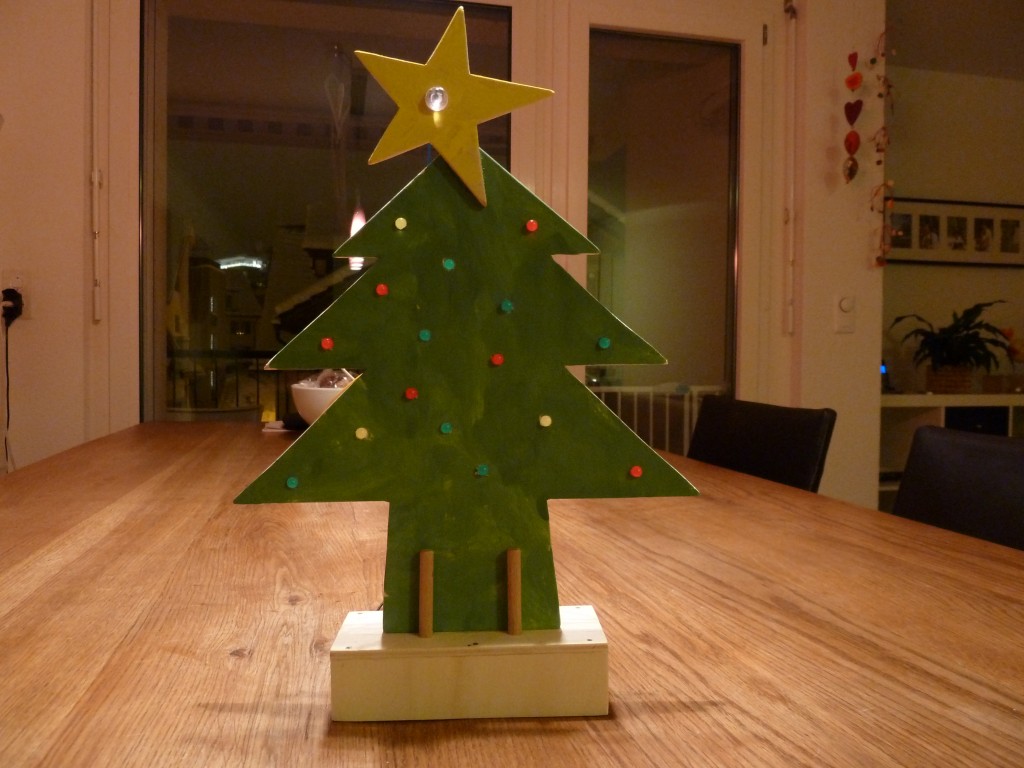 Front view – Painted by my baby 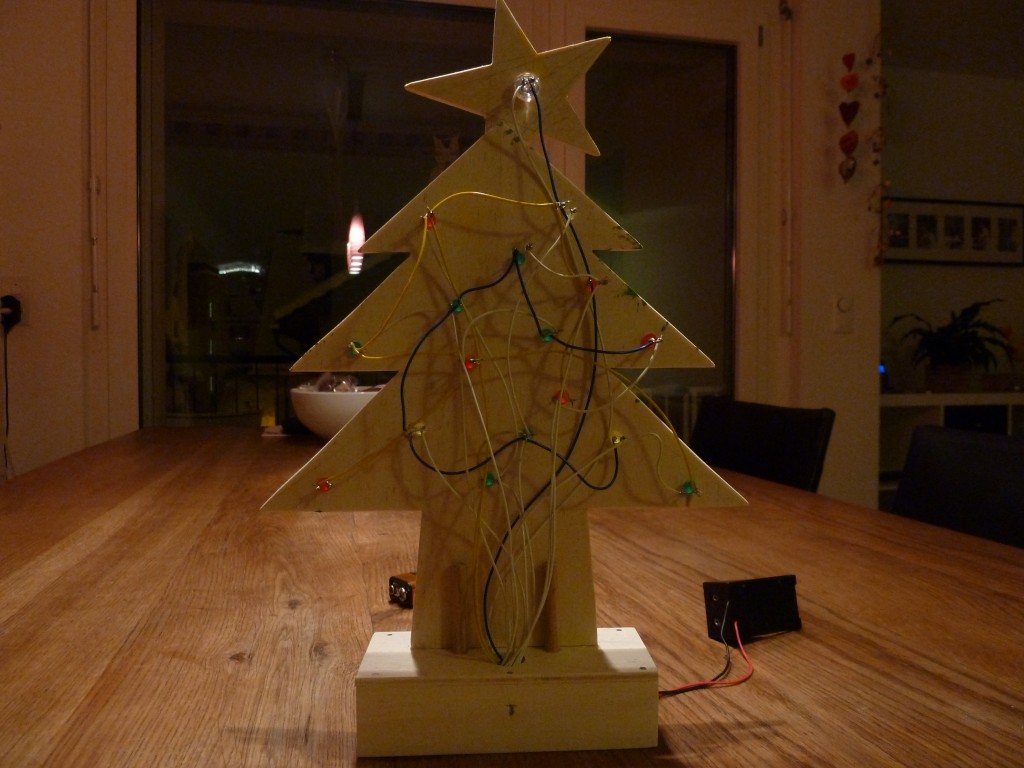 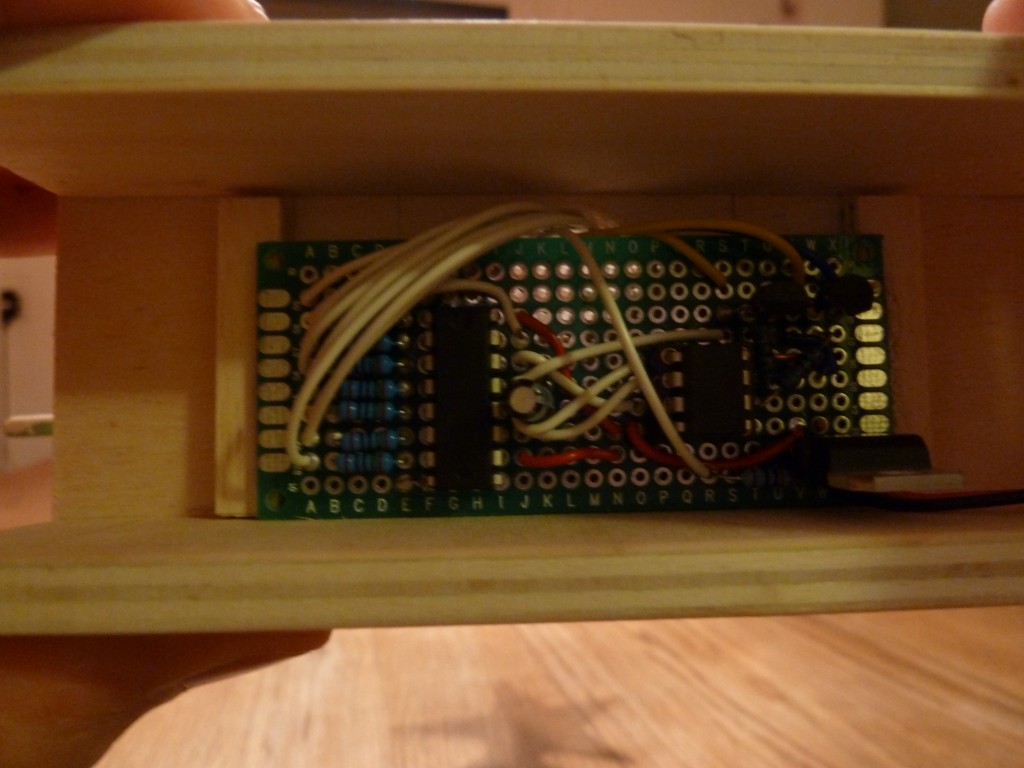 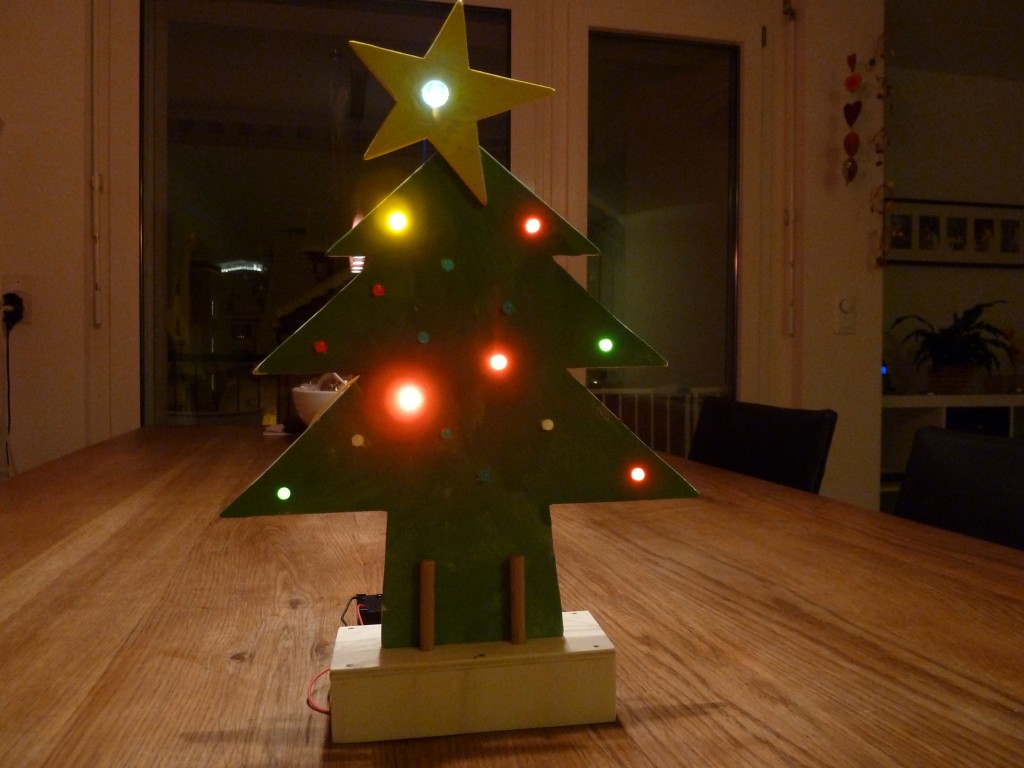 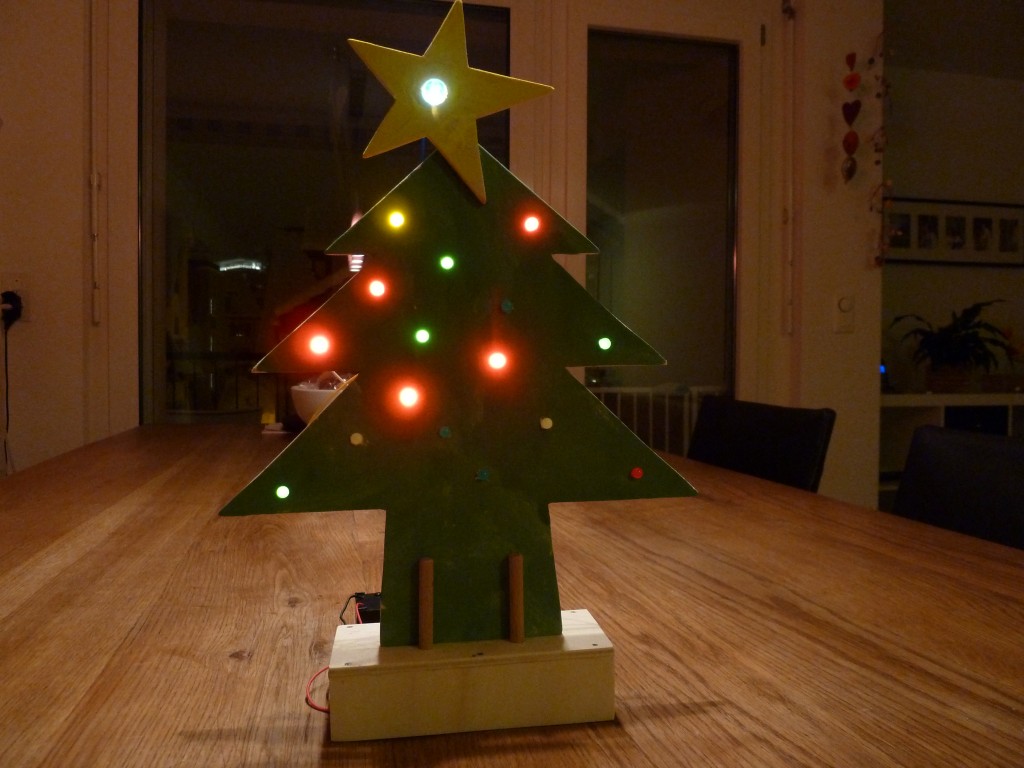 2 thoughts on “The Arduino Christmas tree”