This is my first real project with the Digispark.

My son made a bird feeder at school and every now and then we could spot a bird eating on our balcony. I thought that would be cool to make photos of the birds stopping by.

Somehow we would have to detect when something comes/flies by. This is done using the PIR motion sensor. But apart from that, Digispark should also trigger after a defined interval, like making a foto every 5 minutes for some nice time lapse movies. I actually added a 1k potentiometer with which we can adjust the delay between two photos between 30 secs and 10 minutes. Setting the poti value in the middle Digispark would trigger a photo every 5 mins.

I bought myself a spycam on ebay:

END_OF_DOCUMENT_TOKEN_TO_BE_REPLACED 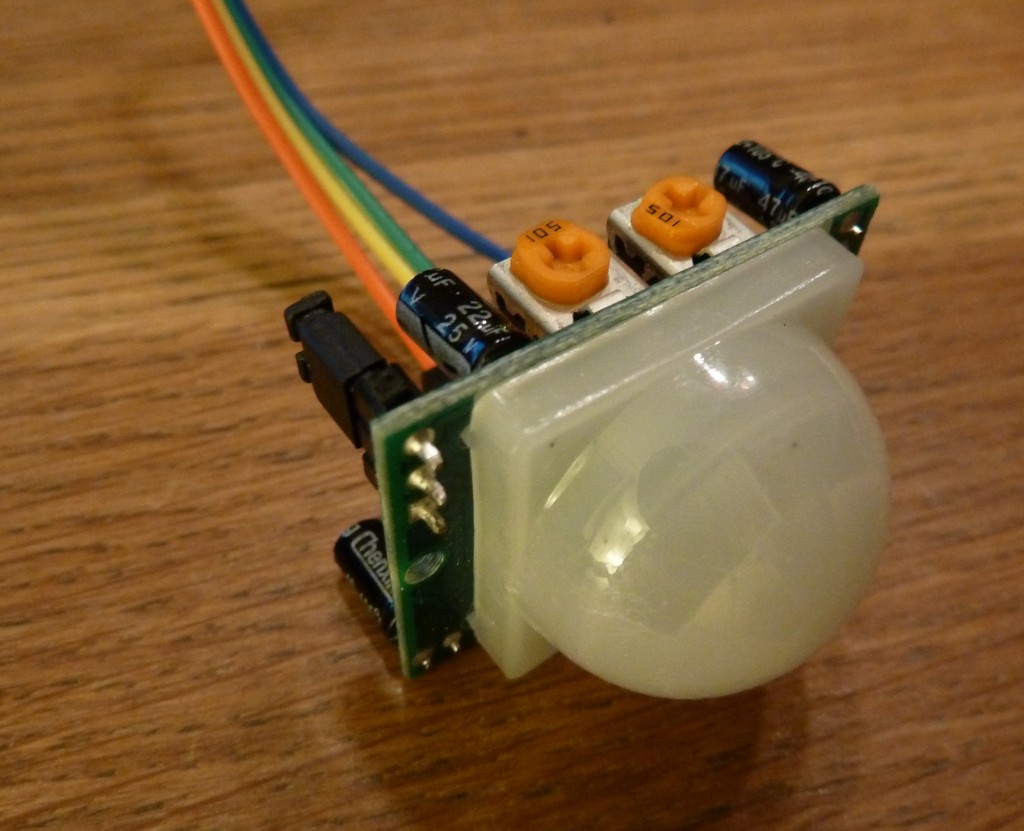